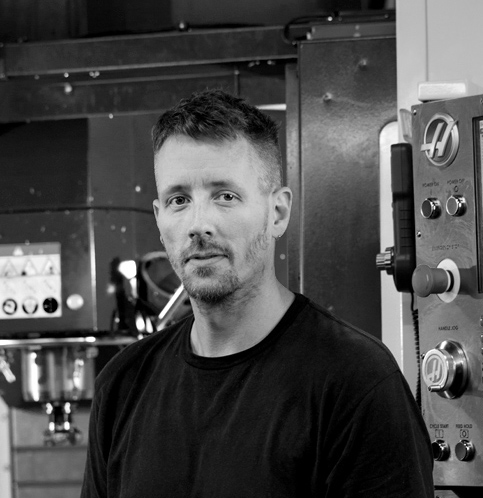 I’ve been makin’ and breakin’ things as long as can remember. As a kid I would rather stay inside and draw, play with Lego’s or invent. I was always getting in trouble for losing my dads tools, burning myself with the soldering iron, and taking stuff apart without putting it back together. It was all worth it because that curiosity never left and I’m still the same way today.

I started my career in design as an animator at Autodesk then shortly after, co-founded a video game company called S2Games. We created some pretty successful video games including the Savage franchise which won many awards such as the independent game of the year. We also created Heroes of Newerth, a very popular moba wich had around 30 millin players.  I also formed a custom knife company called www.ReaverArms.com,  as well as a couple other small ventures.

When I’m not making custom knives or games, I’m machining, making robots,  props, programming, designing electronics, or maybe taking pictures of galaxies. I love movies and recreating fan art and being able to share it with others. I also have a patreon where I give away my high quality models for free to patrons.. You can find it here at https://www.patreon.com/puzzleboxprops